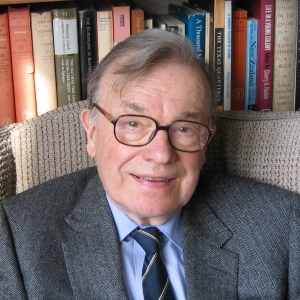 Founder and Benefactor of the Trust

Mr Ian Willison CBE, FCLIP, FLA has been a Fellow of the Institute of English Studies (University of London) since its inception in 1999. He was born in 1926 and studied at Peterhouse, Cambridge, where he took his BA in 1948 and MA in 1953, when he also was awarded a Postgraduate Diploma of the University of London in Librarianship and Archive Administration, having studied at University College, London. He joined the British Museum as Assistant Keeper in Printed Books and held that post 1955-1974, becoming Deputy Keeper and Head of Rare British Books, then Head of English Language (British) at the British Library, 1974–87. He has been Visiting Professor of Historical Bibliography, Grad. Library School, University of Chicago, 1959; Cline Visiting Professor, University of Texas at Austin, 1989. He was Secretary, then Chairman of Rare and Precious Books and Documents Section, International Federation of Library Assocations, 1978–86; Chairman, UK Book Trade History Group, 1985–98; Member, Colloque d’Histoire Mondiale du Livre et de l’Edition, 2001–05. He is a General Editor of the Cambridge History of the Book in Britain, 1999–. His CBE is awarded in recognition of his services to the History of the Book.

‘Throughout his career, Ian has followed in one tradition of librarianship, the scholarly inheritance and challenge epitomized by a national library which looked for its inspiration to Sir Anthony Panizzi in the nineteenth century and A. W. Pollard in the early twentieth. […] If some of his professional beliefs, in the connection between the history of libraries and the history of scholarship, and in the centrality of the history of the book to the history of much of civilized endeavour, have a wider resonance, it is a firmly moral one, always answerable to futures generations.’

David McKitterick in Wallace Kirsop (ed.), The Commonwealth of Books: Essays and Studies in Honour of Ian Willison (Centre for the Book, Monash University, 2007), pp. 10-11.

Professor Simon Eliot (Chair) FRHistS is Professor Emeritus of the History of the Book and Senior Research Fellow at the Institute of English Studies, University of London. He was involved in founding the Reading Experience Database (RED); the Society for the History of Authorship, Reading, and Publishing (SHARP); and London Rare Books School. He has published on quantitative book history, publishing history, history of lighting, and library history. He is General Editor of the new four-volume History of Oxford University Press (2013-17); and has recently directed a project on the communication history of the Ministry of Information 1939-46.

Professor Warwick Gould (Secretary) FRSL, FRSA, FEA is Emeritus Professor of English Literature at the University of London and Senior Research Fellow of its Institute of English Studies of which he was Founder/Director, 1999-2013. He is a textual scholar, who has written extensively upon the works of W. B. Yeats and co-edited his Collected Letters, Vol II, 1896-1900 (Clarendon, 1997) The Secret Rose: Stories by W. B. Yeats, A Variorum Edition (Cornell, 1981, Macmillan, 1992) and Mythologies (Palgrave, 2005). His other books include (with the late Marjorie Reeves FBA) Joachim of Fiore and the Myth of the Eternal Evangel in the Nineteenth and Twentieth Centuries (Clarendon, 1988, augmented 2001), and Yeats Annual, which he has edited since 1983—, and is now published by Open Book Publishers, Cambridge. He was awarded the British Academy President’s Medal for Services to the Humanities in 2012.

Mr Edward Maggs (Treasurer) is an antiquarian bookseller, with the old established firm of Maggs Bros. Ltd. A member of the last generation of trained-on-the-job booksellers, he has no higher academic qualifications whatsoever, and owes his position as Managing Director principally to nepotism. Having had great fun himself in the playground of rare books and manuscripts, he strongly believes (and not just out of self-interest) in strengthening the part that handling and researching original material has to play in higher education.

Professor David McKitterick FBA is a Fellow of Trinity College, Cambridge, where he was Librarian until 2015. His books include the standard histories of Cambridge University Library in the eighteenth and nineteenth centuries (1986), and of Cambridge University Press since the sixteenth century (3 vols, 1992-2004). Other books include Print, manuscript and the search for order, 1450-1830 (2003) and Old books, new technologies (2013). He is one of the general editors of the Cambridge History of the Book in Britain, a gold medallist of the Bibliographical Society, and a member of the editorial board of The Book Collector.

Professor James Raven FBA is a Fellow of Magdalene College, Cambridge University. He is an Affiliated Lecturer in the Faculty of History, a member of the Faculty of English, Emeritus Professor of Modern History at the University of Essex, and Director of the Centre for Bibliographical History. A Fellow of the British Academy, a Fellow of the Royal Historical Society, Fellow of the Society of Antiquaries, Fellow of the Linnean Society, and a member of the American Antiquarian Society, he has also held various visiting appointments in the United States, France, Italy and Britain. His publications in social and cultural history and cultural studies were recognized with the award of LittD from Cambridge in 2012. He is Director of the Cambridge Project for the Book Trust and Director of the Mapping the Print Culture of Eighteenth-Century London project.

Dr Hazel Tubman is an assistant bookseller in the Continental department at Maggs Bros. Ltd.,  where she works with an enjoyably diverse array of early European books and manuscripts. She completed her DPhil at Oxford in 2016 on the subject of self-writing in the late eighteenth and early nineteenth centuries, during which time research and travel grants allowed her to trawl archives and special collections both in the UK and the US for their holdings of almanacs, diaries and commonplace books. She is a firm believer in the necessity of such funds for enabling research in the humanities, and encouraging new, interdisciplinary approaches to the history of the book in particular.

Mrs Sarah Tyacke CB, FRHistS, FSA, Hon. D.Litt.  Former Keeper of Public Records and Chief Executive of the UK National Archives 1992-2005. She began her career as Assistant Keeper in the Map Room of the British Museum and later became director of Special Collections in the British Library. More recently she was an associate editor of volume 4 of the History of Cartography. She is chair of the JB Harley Trust, which funds researchers in the history of cartography, and a director of the journal Imago Mundi. She writes on archives (member of the Hillsborough Independent Panel 2010-12) and on the history of cartography, specialising in English and European map and chart making 1500 – 1800.